I have been pleased to see some enormous bumble bees working their way round our garden in this week's sunshine. They inspired this collection. Click on any item to view it in its Folksy store. The shape of things to come?

Whilst walking back round the mere at Ellesmere, we came across this willow. I must have walked past it dozens of times before. Whether the light was different, or my state of mind was more receptive to ideas, I don't know. The tree is not symmetrical - probably due to some 'surgery' or damage. and due to its position next to the mere. Its shape is lovely. I am thinking about how to represent it and others in my work. 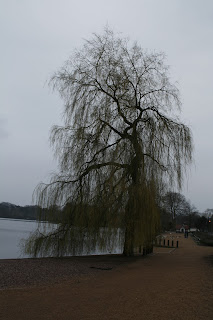 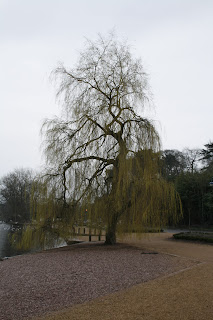 I realised that its beauty lies in its 'real' shape. Tree skeletons in  reference books tend to be a little less true to life. Best observed in the absence of leaves, I set out to find more 'tree shapes' for reference, in the fields surrounding our home. 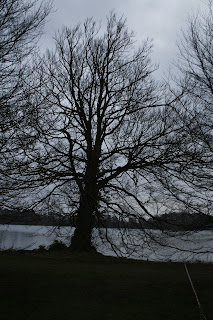 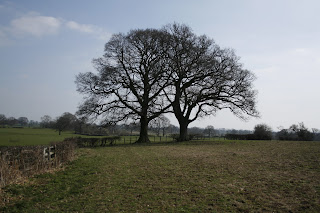 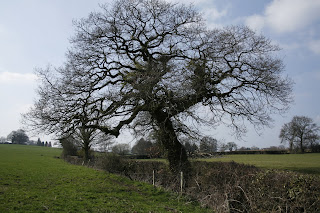 I was fascinted by the shapes and textures of this: 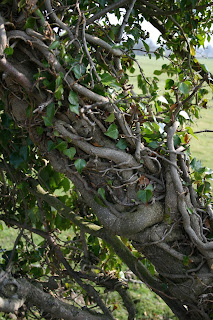 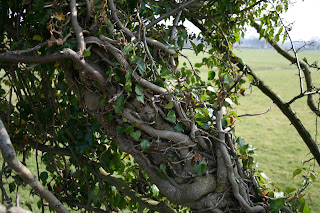 Its surprising how much can be hidden by leaves: 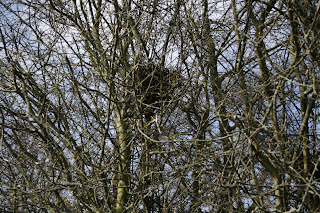 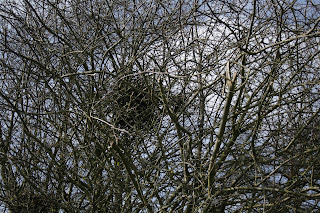 This second one made me grin - it has an adjacent 'pup-tent' or 'granny annex' just visible to the right of the main residence! 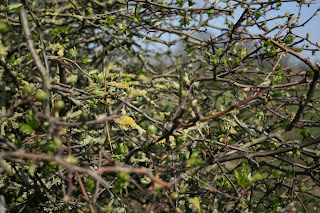 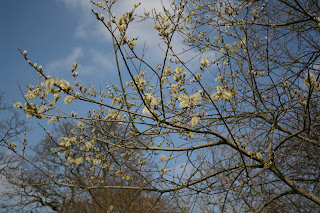 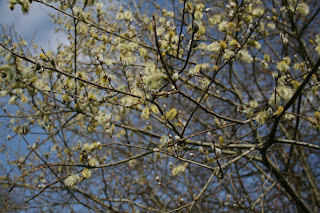 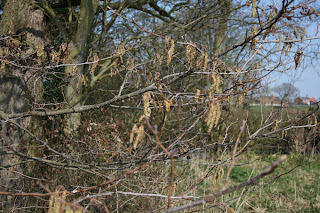 To finish - a selection of bursting buds - and catkins - both willow and hazel - time to get stitching!!!
Posted by Sue, Lynwoodcrafts at 17:41 5 comments:

Just a few images to show you of buildings in Ellesmere. I think this first may have been cottages for the canal workers - the row is the subject of a wonderful painting displayed in a craft gallery just a little way up the street: 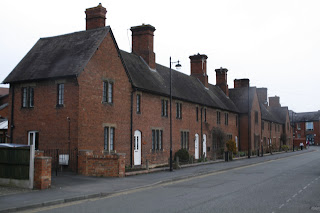 I'm sorry to admit that I do not know the origins of this impressive building. There is now a modern town hall in Ellesmere and this building is close to the market hall, so I had wondered if it was originally the town hall. In recent years, I remember it as an excellent  greengrocers and florist. I think it is now a coffee shop. Whatever the building's origins the roof is very distinctive: 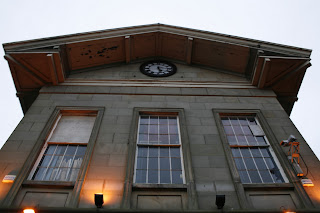 Back with a few photos of the mere tomorrow.
Posted by Sue, Lynwoodcrafts at 11:07 No comments:

Yesterday I showed you some photos of the canal as we walked from the Whittington direction into Ellesmere, along the tow path. 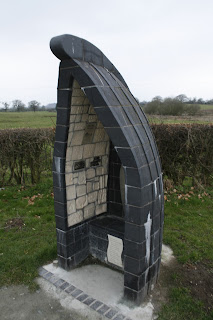 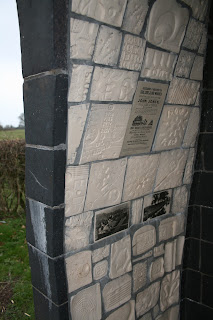 I was fascinated by this seat and shelter - a little difficult to show you the detail in rapidly failing light. The entire interior is covered in ceramic tiles with lovely relief impressions/illustrations, with plaques giving details of historical events. I really should have noted down some of the details for you. 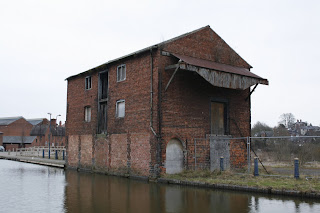 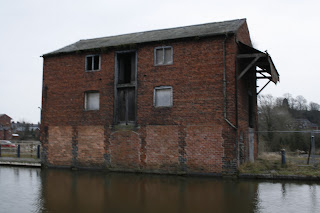 And then on to this wonderful old building on the quayside  (shots below carefully composed with new Tesco store to our right, so as not to spoil the view!) 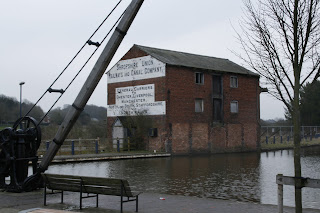 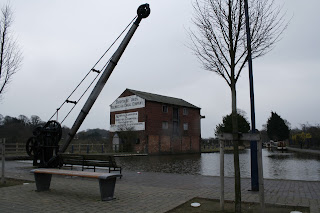 I wonder whether our modern industrial and commercial buildings will seem as atmospheric and attractive in one hundred years - or if any of them will have survived!
Posted by Sue, Lynwoodcrafts at 09:43 1 comment:

A few weeks ago we spent a lovely week end camping at Ellesmere. I came back with quite a few photos to show you, intending to write several blogs over the following days. I have certainly been busy, but most of the delay has been due to my reluctance to use Picasa. It now seems to be the only way to post photos, not otherwise stored on Flickr etc to my blog and I find it cumbersome and time-consuming. I guess Google are trying to force business their way but, in my case at least, it has resulted in fewer posts/reduced use of Google programs.

Moan over! I have got round to up-loading some pics. Ellesmere is a market town with the benefit of a canal and a beautiful mere. I always find canal-side walks relaxing and fascinating. Many stretches of canal  are beautiful but they are, of course, an industrial relic, now adapted, in many cases, to the leisure industry. 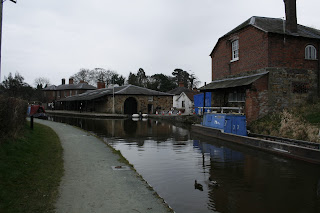 This photo is not of the best quality. I have not done any research but the low building (central to the photo) resembles many old dairies locally. Much of the rest of the site is now used as a builder's yard. Another structure, set a little behind the building on the right, has been some sort of warehouse, with a typical lifting block structure over three floors of warehouse doors. The low building now provides facilities for canal users. 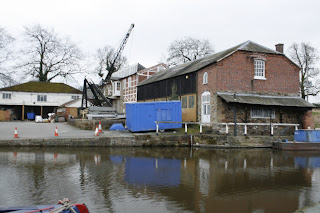 The building I am describing as a 'warehouse' is behind the crane in this shot. 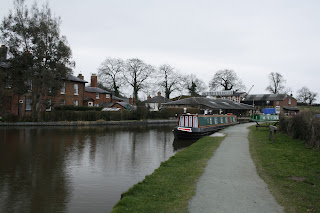 My husband took these photos. Conscious not to appear too intrusive, both these boats were occupied, they are somewhat distant and the features I wanted to show you are not apparent. Most of the boats on this stretch, had flues for log burners, with log store neatly stacked. They also had solar panels, mounted so as to be tilted to either side, according to the orientation of boat/canal/sun ( it is somewhat easier on a static house!), and wind turbines - mounted so as to be able to fold them flat along the roof of the boat. Brilliant! They just needed a horse to completely break their reliance on diesel. The next boat along the tow path nearly choked us with fumes as it ran its motors - presumably to charge batteries!

More of Ellesmere later this week!
Posted by Sue, Lynwoodcrafts at 11:42 5 comments: