The end of last week was a bit chaotic. It was very hot on Thursday and the kids started some almost interminable row about something trivial and neither would give ground. It took me all evening to broker peace, by which time I was exhausted and had not prepared for our week-end. Friday was no better. OH ill-advisedly stored levelling chocks in gas cupboard on van. Cupboard jammed and we were faced with a week-end with no gas - fridge/hob etc. Crawled underneath to look for ventillation pipe (quite an imaginative thought for me), blocked with grill against ingress of rodents and the like. Tried bent coat hanger through grill on door, considered taking pin out of hinge but uncertain whether I could tap it out (or replace it). OH remembered new service centre recently opened. Took van, handed over cupboard key - it opened without a hitch - drive there must  have shaken the obstruction loose. Now why didn't I think of finding a bumpy stretch of road in the beginning? Three hours later - still no packing done!

Almost gave up on going away. However, we made it. Dropped daughter at Scout Camp at Builth Wells and continued down to near Brecon. Camped with panoramic views, visited craft fair at Brecon, walked (me - son and OH cycled) along canal at Crug Howell, cooked and ate, met some nice people, collected daughter early Sunday afternoon and travelled back up north via the black and white villages near Leominster. One or two photos of view from site: 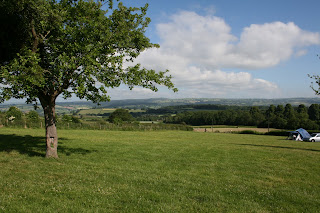 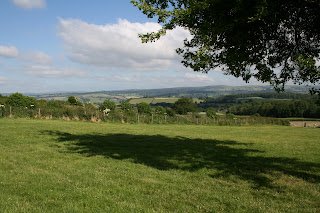 I also took quite a few photos as references for my flower brooches: 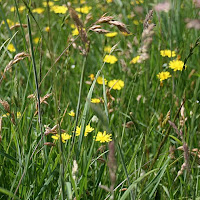 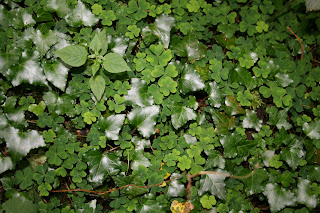 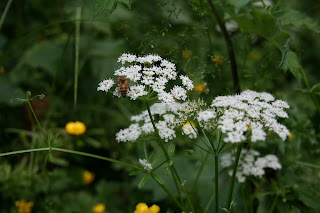 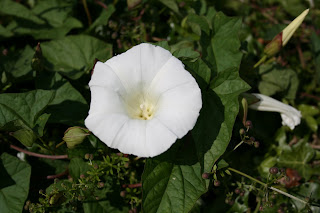 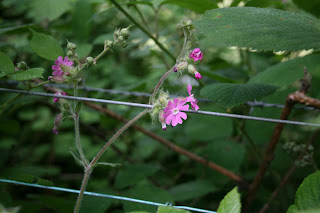 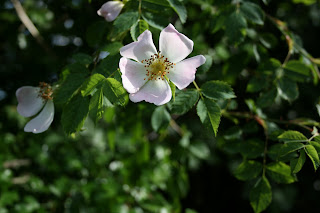 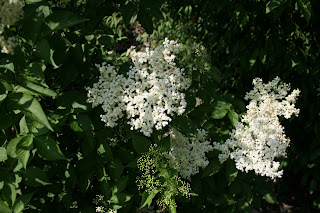