And, its very cold - I know this because the squeezy honey doesn't. The trouble about miserable weather is that I don't always make the best use of my time, allowing myself to get distracted by 'cheer-me-up' measures - such as honey on toast as a reward for traipsing into the local student finance office on my son's behalf! My honey treat might be acceptable if it was my only reward. Unfortunately, between the council offices and my usual car park may be found our in-door market - with the wool shop at which I have been stocking up since I was a child (and I still have some of those stocks!!). I was good on the way there and walked round. It was raining so much on the way back that it would have been foolish not to take the opportunity of an in-door short cut. Another felted bag to follow I think!! (In addition to the extra mohair yarn for my felting projects - the other 30+ colours may not have been sufficient!! and it was in the sale!)

I've just made the great discovery that toast spread with honey really doesn't need a 'fat spread first' - much yummier this way. Now my keyboard is all sticky!!

I'd best go and pack ready for Brownies - its a while since I forgot the hut keys - but its that sort of day!

I leave you with a few more photos of Much Wenlock - for some reason the 'architecture of chimneys' struck us as a prominent feature: (took me a little longer than expected to process the pics - I had forgotten that the camera had been reclaimed by its rightful owner - I've had to edit myself out of the shots - hate photos of me!) 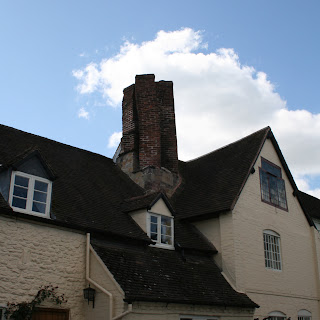 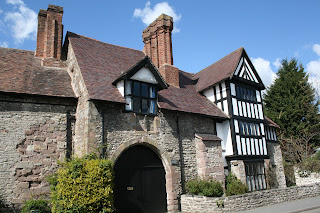 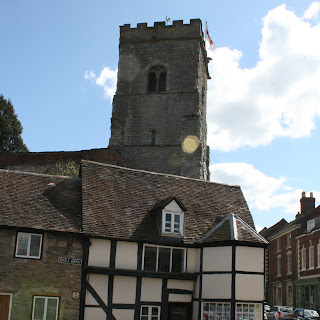 Not sure if you can read this (its still making me chuckle - the wording not the request!) 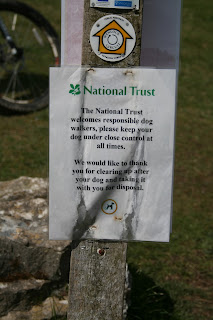 Posted by Sue, Lynwoodcrafts at 15:50