.... a beautiful little market town, perched on top of Wenlock Edge, a few miles from Ironbridge and credited as the birth place of the Modern Olympic Games. In common with many other Shropshire market towns, it has very pretty and varied architecture. Camping nearby, as a convenient point from which to visit the Ironbridge museums. we were unaware that our visit was to coincide with the Much Wenlock Poetry Festival. 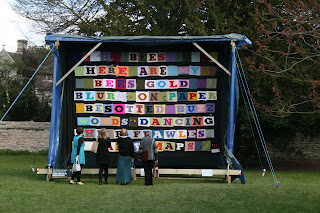 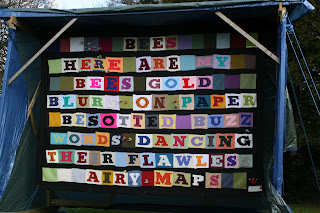 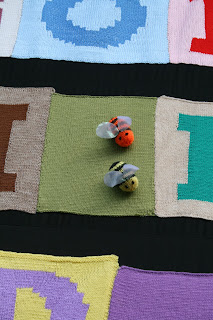 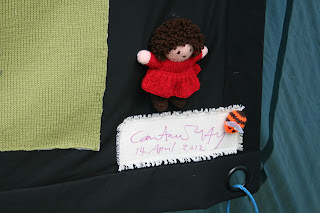 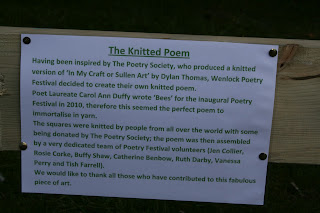 A day, which originally did not have a 'plan of its own' but was just a conclusion to the week end of our Ironbridge visit was developing an enjoyable purpose of its own. Much Wenlock has much to recommend it - including a lovely wool shop which `i couldn't resist peeping into and bought some lovely Colinette yarns and some hand dyed fibres for felting. Having bought ice creams, we found a convenient bench - an adjacent planter was labelled 'community herb garden - please feel free to pick herbs for your own use'. We thought this initiative was an excellent idea - it seemed to sum up our impressions of Much Wenlock.

Its a miserable day here today, and I'm trying to catch up on some filing, both household and on-line as I try to catch up on the posting of Lynwoodcrafts photos on Flickr, Facebook and Google+. Posted by Sue, Lynwoodcrafts at 14:28